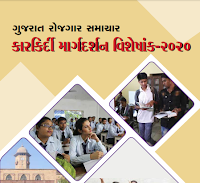 Vasumati Snana
This is a three-day-long festival dedicated to Mother Earth (Bhuma Devi) and womanhood at large.The festivities begin a day before Mithuna Sankranti and conclude two days after that.
The first day of the festival is called Pahili Raja, the second is Mithuna Sankranti and the third Bhu daha or Basi Raja.The preparation begins one day before Pahili Raja, and it is called Sajabaja. Primarily, it is a time for the unmarried girls to prepare for their matrimony.They follow various customs related to the festival by consuming nutritious food like Podapitha, not walking barefoot, taking a bath on the first day, and merrily swinging on ropes attached to a tree.
The festival concludes with a custom called Vasumati Snana or the bathing of Bhuma Devi. Women worship a stone that symbolises the Mother Earth. They give her a bath with turmeric paste and offer her flowers and smear her with Sindoor.
Jawaharlal Nehru University (JNU) has developed new drug molecules against the protozoa t
A team of researchers from the Jawaharlal Nehru University (JNU) has developed new drug molecules against the protozoa that causes amoebiasis.It is a parasitic infection of the colon with the amoeba Entamoeba histolytica.
According to WHO, Entamoeba histolytica is the third-leading cause of morbidity and mortality due to parasitic disease in humans.This protozoan is anaerobic or micro-aerophilic in nature such that it cannot survive high concentrations of oxygen.

Navy Liaison Officers at the Regional Maritime Information Fusion Centre (RMIFC)
India is looking to post Navy Liaison Officers at the Regional Maritime Information Fusion Centre (RMIFC) in Madagascar and also at the European maritime surveillance initiative in the Strait of Hormuz for improved Maritime Domain Awareness (MDA).
The RMFIC functions under the aegis of the Indian Ocean Commission (IOC) of which India became an Observer in March 2020 along with Japan and the United Nations.It is based in Madagascar. It is designed to deepen maritime domain awareness by monitoring maritime activities and promoting information sharing and exchange.
The EMASOH headquarters is composed of Belgium, Denmark, the Netherlands and French officers and based at the French naval base in Abu Dhabi.The aim is “to monitor maritime activity and guarantee freedom of navigation in the Persian Gulf and the Strait of Hormuz.”It was started by France in February 2020.

Created By SoraTemplates | Distributed By MyBloggerThemes